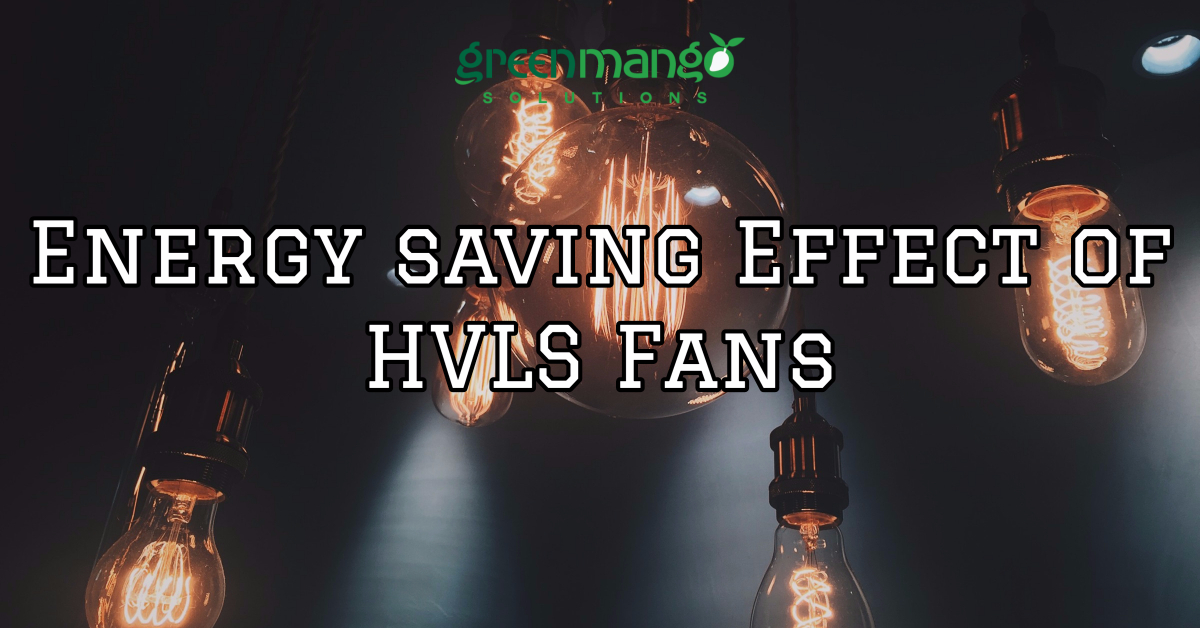 HVLS fans help save energy and improve comfort during the colder months of the year because they make better use of heated air. During the heating season, there is often more than 20 °F floor-to-ceiling temperature difference at most manufacturing plants and warehouses as a result of warm, light air rising and cold, heavy air settling. Typically, the air temperature will be one-half to one degree warmer for every foot in height. As such, a heating system must work hard for extended periods to maintain the temperature near the floor or at the thermostat set point, wasting precious energy and dollars.

HVLS ceiling fans address this issue by gently moving warm air near the ceiling back down toward the floor where it is needed. Ehen the air reaches the floor below the fan, it then moves horizontally a few feet above the floor and eventually rises to the ceiling, where it is cycled downward again.

This mixing effect, known as destratification, creates a much more uniform air temperature with perhaps a single degree difference from floor to ceiling. With the use of an HVLS fan, there is less of a burden on the heating system, saving energy and dollars.

Conventional high-speed ceiling fans have been used to help circulate air for many years. However, these smaller fans are less effective in moving the warm air from ceiling to floor. A typical high-speed ceiling fan spreads out the air quickly as it moves away from the fan. The result is that little, if any air, reaches the floor. Because HVLS fans can move air up to 22,000 sq ft, that can replace 10 to 20 smaller traditional fans. And with their smaller motor and lower operating speeds, they cost only pennies an hour to operate.

How to Reduce Energy Consumption with HVLS Fan

How to Reduce Energy Consumption with an HVLS Fan. The use of the energy is an important concern facing today’s architectural engineers, building designers, and facility managers. Considering the nonrenewable nature of many traditional forms of energy, it’s critical that buildings and their systems are created with the goal of using as little energy as possible. HVLS fans can help reduce energy consumption in many important ways.

HVLS Fans are Designed to be Energy Efficient

Not only do HVLS fans themselves run efficiently, but they also contribute to the efficiency of HVAC systems, HVAC systems deposit conditioned air in certain areas, leaving other areas untreated. HVLS fans facilitate efficiency by thoroughly dispersing the heated/cooled air produced by HVAC system. HVLS fans also equalize the room’s temperature by mixing up layers of the air, an effect known as thermal equalization or destratification.

Improving the efficiency of an HVAC system by spreading cold and warm air throughout a space with HVLS fans has a significant impact an operating expenses. Data from paired HVAC and HVLS applications show that they allow facility managers to reduce the operating level of their air conditioning systems by 25% or more.

Other Reason HVLS Fans Are Valuable in Energy Efficient Buildings

To maximize energy efficiency, you’ll want to choose and install an HVLS fan that delivers the appropriate amount of airflow for the shape and size of your space. It’s best to use a visualization tool (computational fluid dynamics) to see which fans will deliver airflow where you need it most.

HVLS fans represent a cutting edge tool for climate control that can help any building stay cool or warm. They also pay a key role in decreasing energy usage in a building. Thanks to their efficient design, massive airflow and impact on HVAC systems, HVLS fans can cut down on energy consumption to make ant building more environmentally friendly.

Ask for a Quotation